WITHIN featured in Mugglehead Magazine 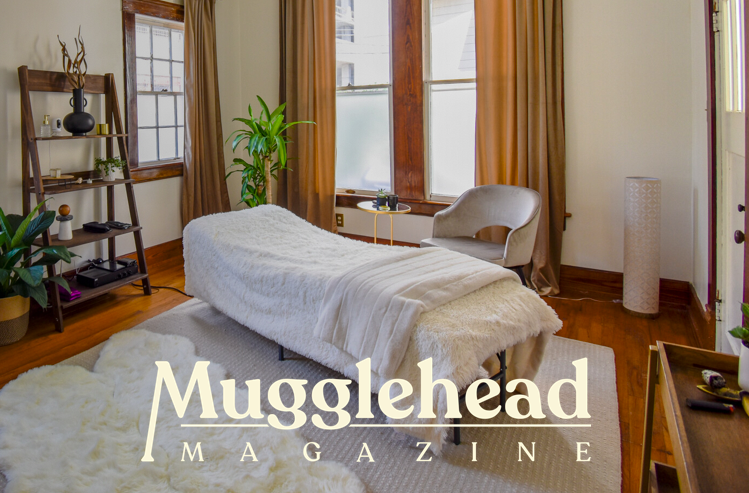 A new psychedelic therapy clinic claiming to be the “first-of-its-kind” has now opened its doors in the Lone Star State.

On Monday, the WITHIN psychedelic retreat centre and medical clinic announced that its grand opening on July 22 was immensely successful. The new facility located in the city of Austin claims to offer cutting-edge treatment services through the use of ceremonial psychedelics.

The complex originally opened in May, claims to have been thriving thus far and primarily provides ketamine-assisted therapy to patients.

WITHIN states that its mission is to provide safe, transformational healing modalities that combine ancient and western practices for those looking to access and unlock their inner potential.

The organization says that its grand opening event in July was completely sold out and featured a series of informative talks from Greg Fonzo, Ph.D., Co-Director of the Center for Psychedelic Research & Therapy; Mary Olivar, Author at the Society for Shamanic Practice and many others.

“Psychedelic therapy changed my life four years ago after I, myself, was suffering from a lifelong battle with anxiety and fear. It was like doing 10 years of therapy in one session. I confronted and healed my fear of death and an anxiety that’s been with me most of my life. I finally experienced what Johns Hopkins, MAPS, UT and others have been showing us for years with their data and research on psychedelic medicine and it gave me a whole new perspective and understanding for my life and why I am here. Today, we get to see these kinds of transformations and miracles every day in our clinic through individuals overcoming their biggest fears, sabotaging behaviors and addictions and finding a deep belonging, safety and connection within themselves,” said David Naylor, Founder and CEO of WITHIN.

WITHIN states that its mission is to provide safe, transformational healing modalities that combine ancient and western practices for those looking to access and unlock their inner potential.

The organization says that its grand opening event in July was completely sold out and featured a series of informative talks from Greg Fonzo, Ph.D., Co-Director of the Center for Psychedelic Research & Therapy; Mary Olivar, Author at the Society for Shamanic Practice and many others.

The centre claims that as the United States experiences a growing fascination with the potential of psychedelic therapy it will act as a leader in the field by offering individuals suffering from psychological disorders and trauma alternative treatment options gaining popularity in the country. WITHIN says that it will not only treat recovering addicts but also people in an ongoing battle with depression, chronic pain, anxiety, PTSD and other trauma.

WITHIN states that it raised US$600,000 to launch the Austin location and is currently in the process of raising US$1.5 million in order to expand its centres to three more states by the end of next year.

“Psychedelic therapy released attachments, blocks, and got me out of behaviors I had tried to break my entire life,” said patient Luke Carver, according to WITHIN.

“I came into WITHIN ready to give up on life. All other treatment options had failed. I was at the end of my rope. I was immediately met with love and support as soon as I entered the door. I was given the opportunity to sit with medicine, and take a real look at what plagued me over the last 20 years of my life,” said Cullen Pugmire in Austin, Texas.

I was given the chance to change my perspective on my value in the world. I realized I am not broken. There is nothing wrong with me, and I am pure love. This program changed the course of my journey. I wake up every day excited to see what life has in store for me,” he added.

No comments to show.
Manage Cookie Consent
To provide the best experiences, we use technologies like cookies to store and/or access device information. Consenting to these technologies will allow us to process data such as browsing behavior or unique IDs on this site. Not consenting or withdrawing consent, may adversely affect certain features and functions.
Manage options Manage services Manage vendors Read more about these purposes
View preferences
{title} {title} {title}